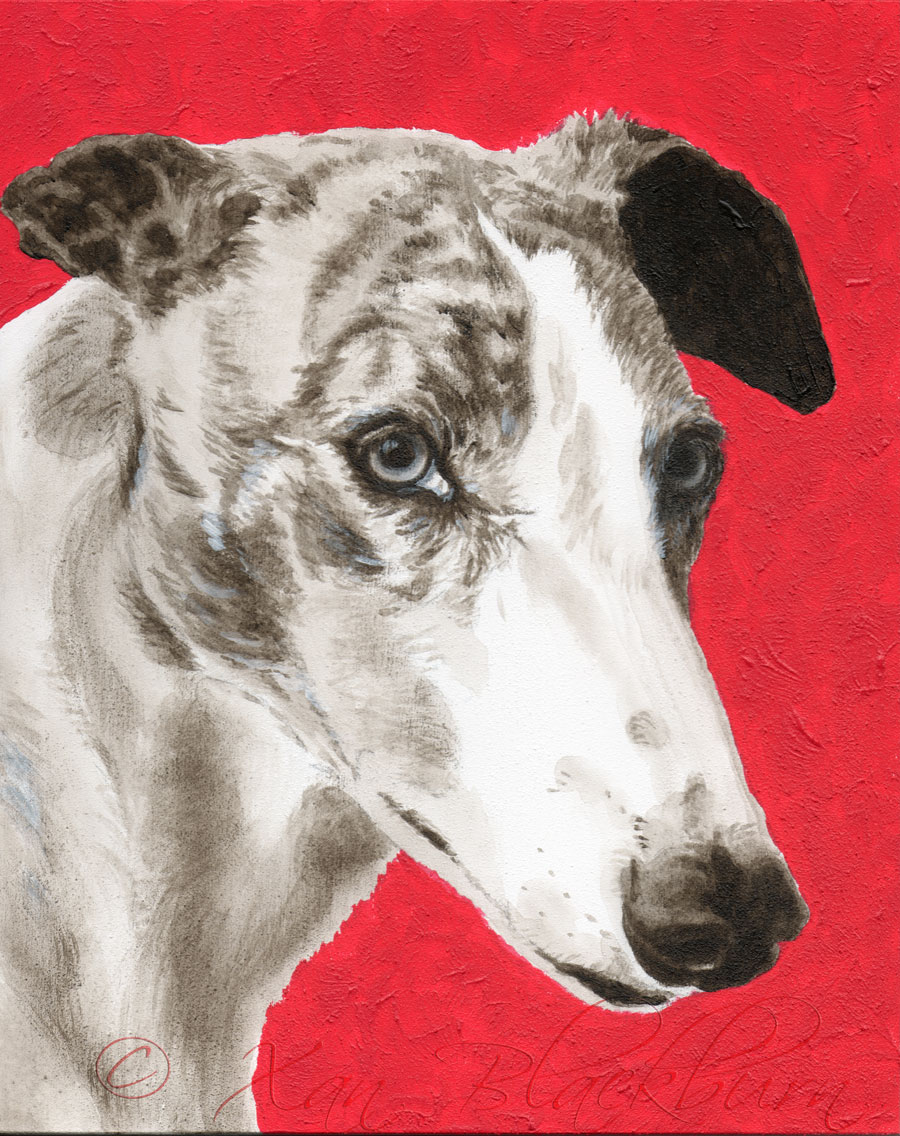 Bo had a long and colorful life.  Possibly an Irish racer, she was rescued with a lopped off ear, and adopted by an American Air Force family living in England, where she practiced her escape skills repeatedly so that she could chase the rabbits on the base.  Because of said rabbits’ protected status, she was frequently arrested by the MPs and returned in shame to her home.  When forced to stay at home, she harassed the crows and the backyard hedgehog.  She was a good traveller and pub dog, and eventually travelled all the way to America, where she demonstrated the additional skill of snuggling

For her portrait, I was given a bunch of photos, but none of them spoke to me of her outgoing and adventurous lifestyle choices.  There was a somewhat blurry one of her on a sunny lawn where her eyes were too shadowed to see, and another where she looked up at the camera from her bed, so I worked from both to create my digital mock-up, and sketch.

My portrait marathon is really being a true marathon (as in, taking a looong time), and I had to take a time out to follow up on another commitment (which I’ll show you later, if I like it enough).  I had committed to sending a painting to Greyhound Safety Net, in Australia, for an art auction, but had nothing on hand, so I had to paint something.  On another front, my dog Katie, whose vet bills this marathon was meant to mitigate, remains committed to running the bill up as soon as I get it down, and meanwhile stressing me out completely, and taking up most of my time managing her needs.  So, that’s what’s up with that. 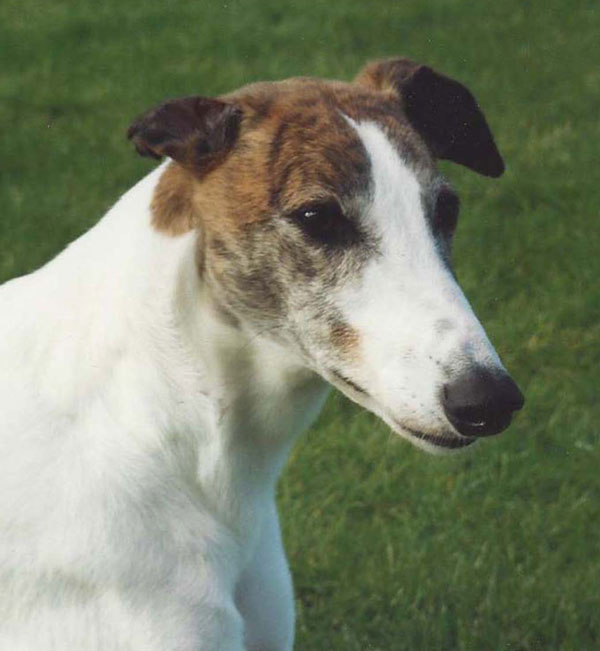 Once I got the eyes re-drawn, and my background decided on, I got my drawing onto my panel.

I had decided it would be fun to do a really rough background to get this scumbled color play, so I mixed a hot watermelon-y red with some coarse modeling gel, and laid in the background first. 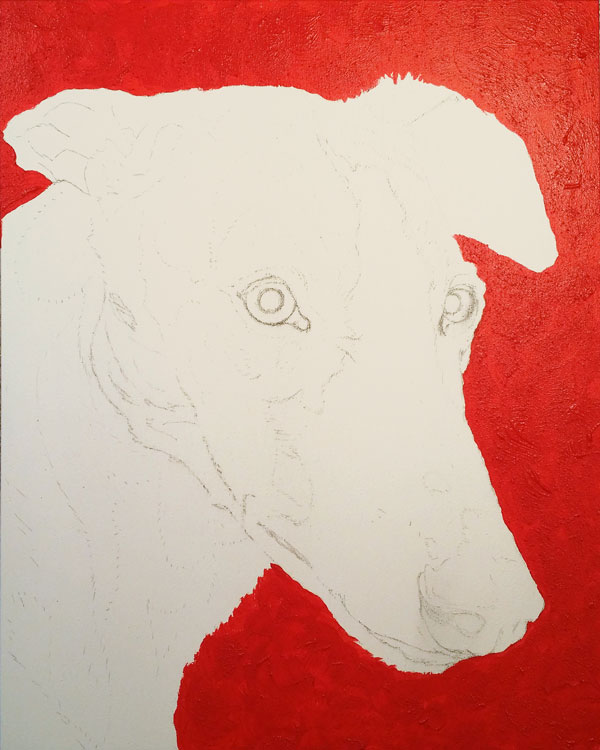 Working back and forth, light and dark, and fiddling with the eyes a lot to get the gaze right, I got to the point you see above.  The background will still need it’s scumbling, and there’s still plenty to do on Bo herself, but I’m feeling pretty happy about stopping here, and my dinner is almost ready (thanks to my wonderful hubby!) and the animals need their dinner, so I’m out. 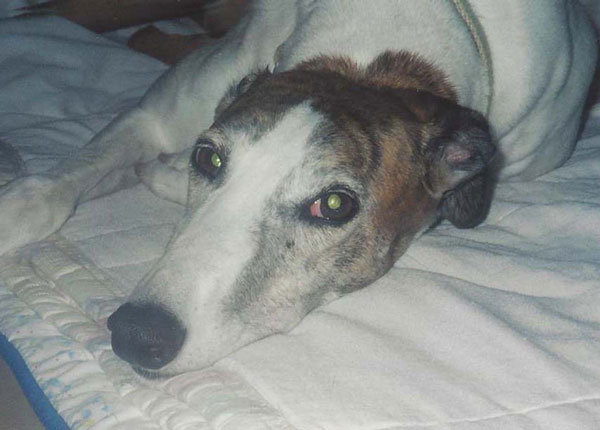 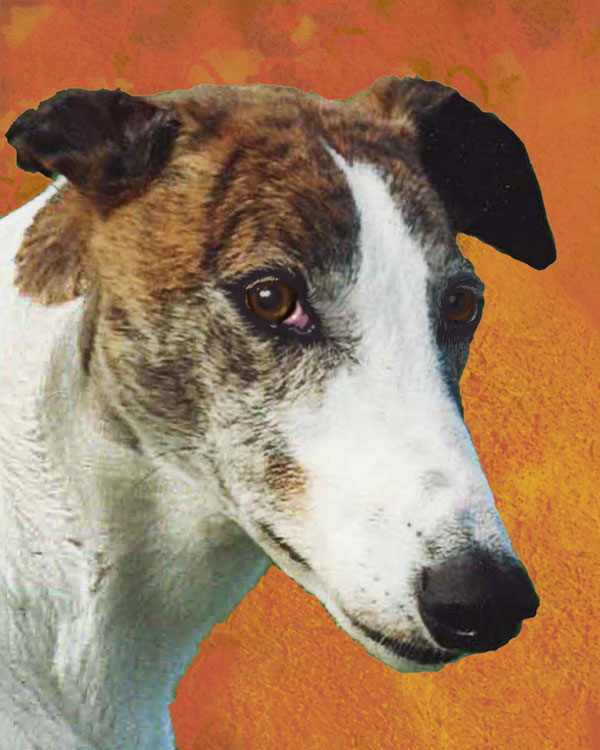 Then I mixed up a blob of Payne’s gray and raw umber for my underpainting, and went on in, starting with a dry brush before moving to more detail. 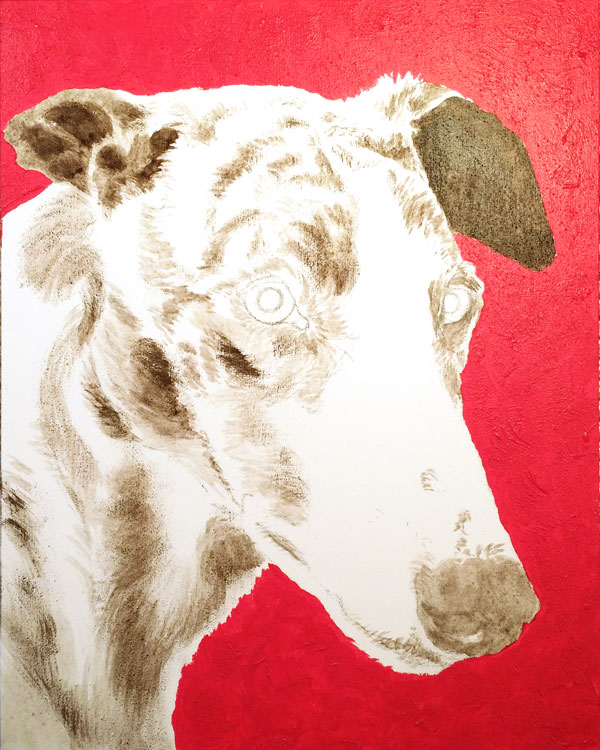 One thought on “# 11 in the Portrait Marathon, Bo the greyhound”